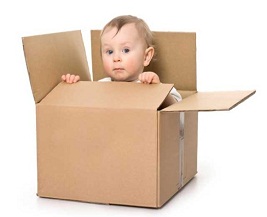 As a Family Law Lawyer I have had the opportunity to have a bird’s eye view of many family relationships after separation. I have had significant involvement in disputes over parenting arrangements and anyone who has been involved in a parenting dispute will agree that it is a heart wrenching process. Parenting skills are seemingly on display for all to criticise.

An unfortunate recurring theme that I have noticed in parenting matters are the lengths to which some parents will go to minimise the influence of the other parent in their children’s lives.

An example can be a parent’s action in relocating, or ‘moving away’ from the other parent, and taking the children with them. Some parents do this at the height of their dispute following a relationship breakdown. Other parents will move away with the children even when there are binding Court Orders in place which set out the time the children spend with each parent. If you, as a parent, have found yourself in this situation, no doubt you found the experience traumatic. Imagine, then, how the children involved are affected by the experience.

If you find yourself in a situation where your children have been ‘taken’ or ‘moved’ from you, it is helpful to know what can be done. If you are not sure where your children are, but you know someone who does have this information, you can make an application for the Family Court to make a ‘Location Order’. A Location Order compels a person who has information about a child’s location, to disclose it to the Court.

If your children have been relocated without your consent, you can make an application to the Court for a ‘Recovery Order’. A Recovery Order requires the return of the child to a parent of the child, or to a person with whom the child is required to live, or spend time, under a parenting order.

You might have very good reason to want to relocate with your children. If this is the case, you should first talk to the other parent to see if agreement on your intended relocation can be reached. If agreement cannot be reached, you can make an application to the Court to allow you to relocate. When making a decision, the Court will take into consideration the age and maturity of the children, as well as the practical implications associated with the move, such as the arrangements for the children to spend time with the parent who is not moving (among other things). If you have relocated, and the other party makes an application for the children’s return, the Court may require you to return the children while the case is dealt with.

A Court will always have regard to the best interests of the child as the paramount consideration when deciding whether to make a Recovery or a Relocation Order. I was recently involved in a matter where a mother unilaterally decided to relocate with the children to a suburb several hours away from where she and the father had resided for several years. The mother rented accommodation and enrolled the children in a new school. The distance between the mother’s new accommodation and the father’s premises made it impractical for the father to spend time with the children as set out in the Parenting Orders.

The Court considered that it would be in the children’s best interests to live in close vicinity to their father, so that their relationship could continue in a meaningful way. The mother was ordered to return with the children and was ordered to reside within a particular distance of the suburb where the father lived.

This example relates to a mother moving several hours away with the children. Of greater concern for parents are the cases where a parent moves interstate or overseas with the children. It is in these situations where Orders that children be placed on the Airport Watch List should be sought from the Court, preventing the removal of children.