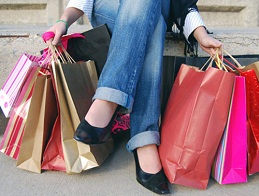 The outcome of this process was twofold. Firstly, the Retail Leases Amendment Regulation 2010 updated the Lessor and Lessee disclosure statements.

We aim to provide some clarity as to both the current changes and the proposed changes, to allow Lessors and Lessees to prepare within their businesses.

The new Statement has been amended to make retail leasing regulations more consistent throughout Australia. The new Statement will operate in NSW, QLD and Victoria, reducing the burden on landlords who operate across state borders.

The Statement aims to better inform Lessees of their rights and obligations when entering into a retail lease, so they are more able to make informed choices. This includes additional disclosures in relation to outgoings, what is included in the premises, Lessor’s intended works, additional warranties provided by the Lessor and acknowledgements by the Lessee.

The new Disclosure Statement can be accessed through the NSW Office of Fair Trading.

The changes in the proposed Bill will impose significant additional requirements upon Lessors. It will also limit the obligations of Lessee’ and the costs that can be passed on to Lessees.

If the Bill passes in its current form, the effects of the most significant proposed amendments are:

• The Lessor will be required to provide a disclosure statement, upon request from the Lessee, prior to the time of exercise of any option under the lease.

• The Lessor may be required to provide an updated disclosure statement to a retail valuer for the purposes of determining the current market rent.

• The Lessor must provide six months rather than two months notice of any intended alterations or renovations to a premises or centre which is likely to adversely affect the business of the Lessee.

• The Lessor must provide alternative accommodation of a comparable commercial value if they intend to relocate a Lessee within a centre. They may also be required to repay any depreciated fit out costs.

• The Lessor must sufficiently disclose when and what extent of refurbishment will be required to allow the Lessee to be able to calculate the costs of the refurbishment.

2. Leases over three years will have additional requirements including:

• Mandatory registration in accordance with the Real Property Act.

• A summary statement must be provided, the form of which will be regulated.

• The time frames for registration of a lease will be increased to three months after it is returned to the Lessor or their agent after being signed by the Lessee.

3. Prohibition of the ability to pass on certain outgoings, costs or obligations to Lessees.

• The decision to have a lease of less than five years is at the discretion of the Lessee, not the Lessor.

• The Lessor will no longer be able to claim outgoings that have not been disclosed.

• The Lessor will no longer be able to pass on the costs of obtaining mortgagee consent for a lease.

• The Lessor will also no longer be able to claim land tax as an outgoing.

• Lessees will be entitled to a refund of any unexpended contributions to promotion or marketing funds at the termination of their lease.

• If demolition is proposed, and notice has been provided to the Lessee, they will not be required to undertake any repairs to the premises unless required for safety.

• The proposed Act will clarify that any clause which prevents rent decreasing upon a rent review, either during the lease or at the exercise of an option, is void.

• The procedure for Lessee’s to obtain Lessor’s consent upon assignment of a lease will be simplified.

• Provision will be made for guidelines in relation to arrangements for bank guarantees as security for the Lessee’s obligations.

• Clarification that the Act continues to apply to Leases during any holding over period.

• Additional powers will be given to the Administrative Decisions Tribunal and the Registrar of Retail Tenancy Disputes.

The Proposed Bill can be viewed at the Department of Fair Trading’s Website.