Do Mistresses really have a claim against cheating spouses? 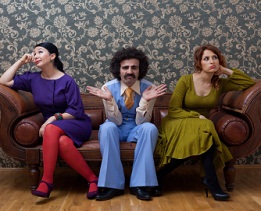 The defacto legislation which came into force on 1 March 2009 declared that de facto couples would be treated in the Family Court, the same way as married couples. The changes saw widespread concern and media debate as to whether the new laws would give rise to increasing claims for property settlement or spouse maintenance by mistresses. The changes create a situation where a de facto relationship can exist even if one of the parties in the relationship is legally married to someone else or is in another de facto relationship.

To make a claim for property settlement or maintenance, a mistress would have to prove that their relationship comes within the definition of De Facto Relationship.
Generally, to establish a de facto relationship a couple has to live together on a genuine domestic basis. In deciding that question, the following circumstances are taken into account:

1. The duration of the relationship;

2. The nature and extent of the couples common living arrangements;

3. Whether a sexual relationship exists;

4. The degree of financial dependence or interdependence, and any arrangements for financial support between them.

5. The ownership, use and acquisition of their property.

6. The degree of mutual commitment to a shared life;

7. The care and support of children;

8. The reputation and public aspects of the relationship.

The claim of mistresses has been tested in a number of cases. In one particular case Ms J was the mistress of Mr W from 1992 to 2009. The affair turned sour and Ms J made a claim against Mr W’s assets as his de facto spouse. During their relationship Mr W was married and lived with his wife and children. Ms J lived in her own home. Ms J and Mr W spent two to three days together, every two to three weeks either at Ms J’s home or at Mr W’s farm. On some occasions Mr W and Ms J spent two weeks together, including time on an overseas trip. Mr W financially assisted Ms J by contributing $24,000 towards the purchase of her home and paid her $2000 to $3000 per month so that she did not have to work and was free to visit him at his farm at any time. The parties otherwise kept their finances separate. Despite Mr W and Ms J living together from time to time, having a sexual relationship for some 17 years and Mr W financially assisting Ms J, the Judge did not consider that these circumstances alone created a de facto relationship. The clandestine nature of the relationship meant that Mr W and Ms J’s relationship did not represent the notion of what the judge referred to as “a coupledom or a merger of lives.” Mr W and Ms J kept their relationship a secret, they did not socialise as a couple or know each other’s family and friends and therefore could not be said to be involved in each other’s day to day lives. As a result, the Judge concluded that Mr W and Ms J could not be seen to have been living together on a genuine domestic basis. Ms J was not entitled to a property settlement or maintenance from Mr W.

This gives us some guidance as to what makes a de facto relationship. However, it does not suggest that there is now a general rule that mistresses will be unsuccessful in the future when making a claim against the assets of a cheating spouse. Circumstances that need to be considered include:

• Are the couple recognised as a couple amongst their own circle of friends? (i.e. it is not a completely clandestine relationship)

• How much time do they spend living together as a couple?

• What is the degree of financial interdependence?