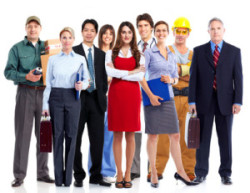 Is the Fair Work Ombudsman coming after you?

Most employers try to do the right thing by their employees. They pay them what they believe are fair wages and have good workplace conditions.

But the best of intentions may not protect you from a penalty from the Fair Work Ombudsman if you have underpaid your employees or not paid them the correct penalty rates and allowances.

Take this example: Miranda owns a popular bar in the city. She employs several permanent staff, including her chef and senior bar and wait staff, as well as a number of casual employees, which varies from time to time depending on how busy the bar is. Miranda prides herself on being a good employer, and wants to make sure her staff are looked after. She speaks to the café next door to the bar and asks them what they are paying their staff. She decides to pay her staff a few dollars more than the café next door, because she appreciates their hard work. She does not have any employment agreements, but when she told the employees what she wanted to pay them, none of them objected.

Then Miranda gets an unexpected inspection from the Fair Work Ombudsman. It turns out one of her employees was not so happy with what they were being paid, and has made a complaint.

On review, the Ombudsman discovers that while Miranda thought she had paid her employees well and truly what they were entitled to, it turns out she was misinformed, and has underpaid her employees.

Not only is Miranda now liable to back pay her employees for their underpaid wages, penalty rates, overtime, allowances and superannuation, she may also be open to a fine from the Fair Work Ombudsman. Even if the bar was owned by a company, if Miranda was the director of that company, she could also be held personally liable.

In two recent cases, the Fair Work Ombudsman has held both the company and the directors personally liable for their breaches of the Fair Work Act in regards to underpayment of wages. In one particular case, Fair Work Ombudsman v Ohmedia Melbourne Pty Ltd & Anor [2015] FCCA 50, the director was found liable as they had not sought advice in relation to their obligations as employers, which was deemed as “reckless” by the Judge on the matter.

It is essential that employers ensure that they are meeting their obligations to their employees, both in regard to payment of wages as well as other terms of employment such as working hours. Pleading ignorance is no defense. If you do not take steps to ensure you are meeting your obligations you may actually increase your chance of a penalty, as if you don’t know what your obligations are, you should be finding out.

If you require assistance with determining what your employees are entitled to, or any other employment issues, please contact Watkins Tapsell and we can advise you in relation to meeting your obligations as an employer.