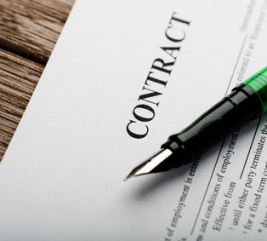 Sometimes it may be too good to be true.

Part of selling any business is to talk about its good points, how much income it makes and the benefits to any potential purchaser. The problem comes when those benefits are oversold. With selling a business as part of a franchise it is the same as a recent article I published highlighted.

Under the new Franchising Code of Conduct, which commenced in January 2015, Franchisors have new disclosure obligations and a duty to act in good faith when dealing with Franchisees and prospective Franchisees. In 2015, the ACCC is making it a priority to crack down on breaches of the Franchising Code.

In a recent case in the Federal Court (you can find all the details here) , in proceedings brought by the ACCC, the Court found that South East Melbourne Cleaning Pty Ltd (in liquidation) (formerly Coverall Cleaning Concepts South East Melbourne Pty Ltd) as Franchisor had contravened both the Australian Consumer Law, and the Franchising Code of Conduct.

The Court ordered a penalty of $500,000 against the Franchisor. The Court also made orders against the sole Director personally. He was:

The Court found that the director had used “unfair tactics in his dealings” with the Franchisees.

If you want any assistance with understanding what your Franchise and Directors duties are, buying a business or franchise or selling a Business or Franchise, you can contact our Business and Property Law team for a confidential initial discussion.