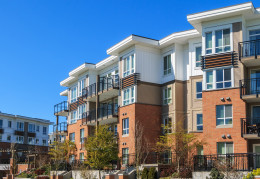 Changes will affect developers upon the completion of building works!

Some of the key changes that will affect developers are set out below:

Payment of a Bond

The timetable for inspection and reporting by the appointed building inspector is as follows:

4.  The developer must make arrangements for the same building inspector to conduct a final inspection and prepare a final report (this further contact with the building inspector is to occur not later than 18 months after completion of the building works), failing which the Secretary may make these arrangements. The final inspection and report must be completed between 21-24 months after completion of the building works. The final report must:
-4.1  Contain matters required under the regulations;
-4.2 Identify any defects from the interim report that have not been rectified;
-4.3 Identify any defects caused by the rectification of defects identified in the interim report;
-4.4 Specify how the defects identified should be rectified;
-4.5 Not contain information about defective building work that was not contained in the interim report, unless it arises from rectification works undertaken by the builder in response to the interim report.

Copies of the interim and final reports are to be provided by the building inspector to the developer, the owners corporation, the Secretary and the builder.

The developer may be fined if they fail to meet the mandatory inspection timetable or provide the necessary notifications.

The developer will be liable for the cost of the building inspection reports.

Rectification Works & Application of the Bond

The bond must be claimed or released within 2 years after the completion of the building works, or within 60 days of the final inspection report being provided by the building inspector, whichever occurs later.

As the new Strata Laws make provision for fines to be issued for non-compliance (up to $22,000), it is important that all developers:

Should you require further information about changes to the Strata Laws, do not hesitate to contact our Business and Property team on (02) 9521 6000.