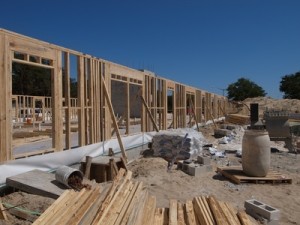 We have noticed in our practice that many Building Contract disputes we provide advice on could have been resolved at an earlier stage – with less stress and less cost.

To use a common example: let’s say a client (we can call him Bob) sells bricks and decides to enter into a contract with a builder.  Bob decides against getting legal advice – the contract seems straightforward enough, what’s the risk?

Things run smoothly for a couple of months until the builder stops paying Bob. Communication goes back and forth for a week or so until Bob calls the builder and terminates the contract. He’s had enough!

Bob may think that he had a right to do this – he wasn’t being paid for the products he was supplying. However Bob is later sued for breach of contract. The contract included a clause that required 14 days notification is provided before terminating.

Worse still, a clause in the contract entitles the builder to a pre-determined amount of damages in the event that Bob breaches the contract. And finally, the builder is keeping the goods supplied by Bob – despite not having paid for them!

The inevitable consequence of all this is costly litigation, with both sides arguing different versions of events, a differing interpretation of the clauses of the contract and considering offsetting debts and cross-claims. All of which could have been avoided if Bob fully appreciated the contract he was entering into and taking steps to protect his interests before signing on the dotted line.

It is unfortunate to see claims against clients that refer to clauses in a contract that were either misunderstood or not even considered. Particularly when we would have recommended the removal of such clauses before the contract was signed.

Clients regularly tell us at the end of these ‘avoidable disputes’ that they wish that they had incurred the up-front cost of obtaining legal advice before signing the contract (or mortgage, or terms and conditions etc). They realise that prevention is better than a cure. And we agree!

The real value of legal costs can be hard to properly quantify. Having good terms and conditions in your supply agreements or good legal advice before signing (or otherwise entering into) contracts could save tens of thousands of dollars in the costs associated with resolving a dispute (whether at Court or not); not to mention the stress and wasted time.

When considering whether or not to obtain legal advice, the best question to ask yourself may not be “how much will it cost to get legal advice” but rather, “how much could it cost if I don’t?”

If you are a Builder, Contractor or Developer please contact our Building & Construction Legal Team for some early advice on any Building Contract Disputes, don’t wait until you waste thousands on costly disputes.

As Managing Partner at Watkins Tapsell, Sonja is a key contributor to the growth and stability of the firm. Her personal strength and years of experience in her area of specialisation enables her to assist our clients in achieving their desired results. In 2011, Sonja was appointed a Sutherland Local Court Arbitrator. Sonja is also a mediator.
More about Watkins Tapsell